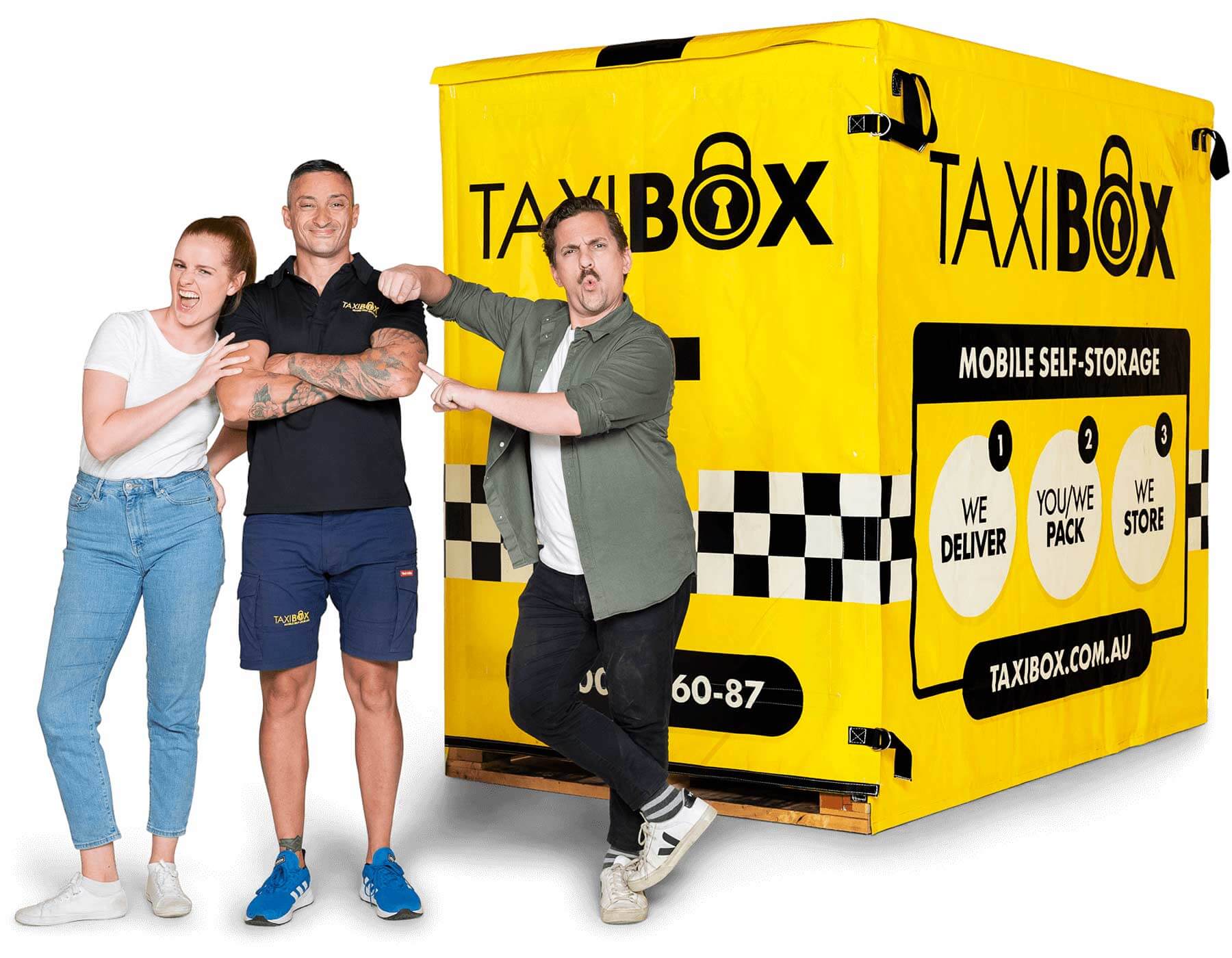 Stay put. We’ll deliver your TAXIBOX to wherever you need it.

Take your time to pack & lock your TAXIBOX, or let us lend a hand.

Done! We’ll collect & store your TAXIBOX at our storage facility.

TAXIBOX turns your stuff into space

TAXIBOX turns your stuff into space

So you can get on with the good things in life

Get your instant quote today

Carol is more than ecstatic that she is finally moving to a new apartment in Brunswick. She has been madly in love with the suburb since forever. She is drawn to the charming art scene in Brunswick in particular. There is an undeniable indie feel about the place that appeals very much to her. Curated fashion is everywhere in Brunswick. So are music and film events and books.

Carol loves Brunswick dining too. Sometimes she gets the sense that she could just hop from one chic restaurant or bar to the next and do that all day all her life. Sydney Road is heaven for her. Its collection of shops and restaurants showcase Brunswick’s colorful history of migration, which she is deeply interested in.

In moving to Brunswick from the center of Melbourne, Carol anticipated a few bumps. She imagined the moving process to be quite tedious and costly. She prepared for all the stress and hassles associated with moving to another apartment. This included using a storage facility for her things while she gets her new apartment together.

She had friends who swear they went through hell moving out of an old place and moving in to a new one. There are all troubles of hiring utility vehicles and movers. There is all the time wasted in transporting one’s things to a storage facility. There are all those unexpected expenses one is bound to incur. There are unreasonable self storage contract terms and prohibitions.

Carol was prepared for all these. She was prepared even for the costs. She saved money for this. She prepared hard for the day she would move to her much-loved Brunswick.

But her move could not have been smoother. That was for her the biggest surprise of all. It was thanks to a friend who was used to moving her things around from one place to another. This friend recommended to Carol getting a taxibox.

“What is a taxibox?” Carol remembers asking her friend. She imagined a giant taxi shaped like a storage box driving to her home. She was amused by this image.

Her friend told her that this new self storage service is being offered in Melbourne and Melbourne suburbs by a company also called TAXIBOX. “What they do is deliver the taxibox right at your home,” her friend said.

“So it’s basically a moving self storage?” Carol asked her friend.

“That is exactly what it is,” her friend told Carol. “Apparently,” this friend also said, “mobile self storage is already a huge thing in the US and in other countries as well. TAXIBOX only started operating in Melbourne in 2010. But taxiboxes are becoming quite popular because of its extreme convenience and efficiency.”

“Imagine that,” Carol’s friend told her, “the taxibox comes to you instead of you taking all the trouble going to a storage facility somewhere.”

“TAXIBOX does that?” Carol asked.

“That is exactly what TAXIBOX is famous for,” her friend answered. “TAXIBOX is quickly becoming the next big thing in Australia self storage. They have now expanded to Sydney and are close to replicating their Melbourne success there.”

“But,” Carol asked, “do they serve Brunswick as well?” She was worried TAXIBOX only offers mobile self storage services in Melbourne.

So Carol called TAXIBOX and arranged for a taxibox delivered to her old home. The taxibox was close to how she imagined it would be. A giant yellow moving box. She was told she could take all the time she needed to pack her things in the box. When she was done, the box was taken away by TAXIBOX personnel. They informed Carol they would store her taxibox in a secure location.

“And all I needed to do when my new Brunswick apartment was ready was just call the company,” Carol told her friend afterwards. “It was that easy.”

“I know,” her friend said enthusiastically. “Their marketing logo is so accurate: they deliver, you pack, they store.”

“I never thought self storage could be this easy,” Carol said.

“And for only a portion of what you would pay for regular traditional self storage services,” her friend said.

Now living comfortably in Brunswick, she feels no immediate need to move soon. But to her friends who do, she always makes sure to recommend TAXIBOX. Mobile self storage is not only revolutionary, it’s the best option there is, she tells them.

Like Carol you could find out for yourself the benefits and convenience of using TAXIBOXES for your storage needs. Visit our self storage Brunswick information page on our Melbourne storage section of the website to book your TAXIBOX storage solution online!