No driving out to storage facilities

We deliver a storage unit to you and deliver it back to you when you want.

Save time by loading and unloading your storage unit once.

We deliver the storage unit to you, you pack it, and we store it.

No removalist or truck hire fees plus a Best Price Guarantee. 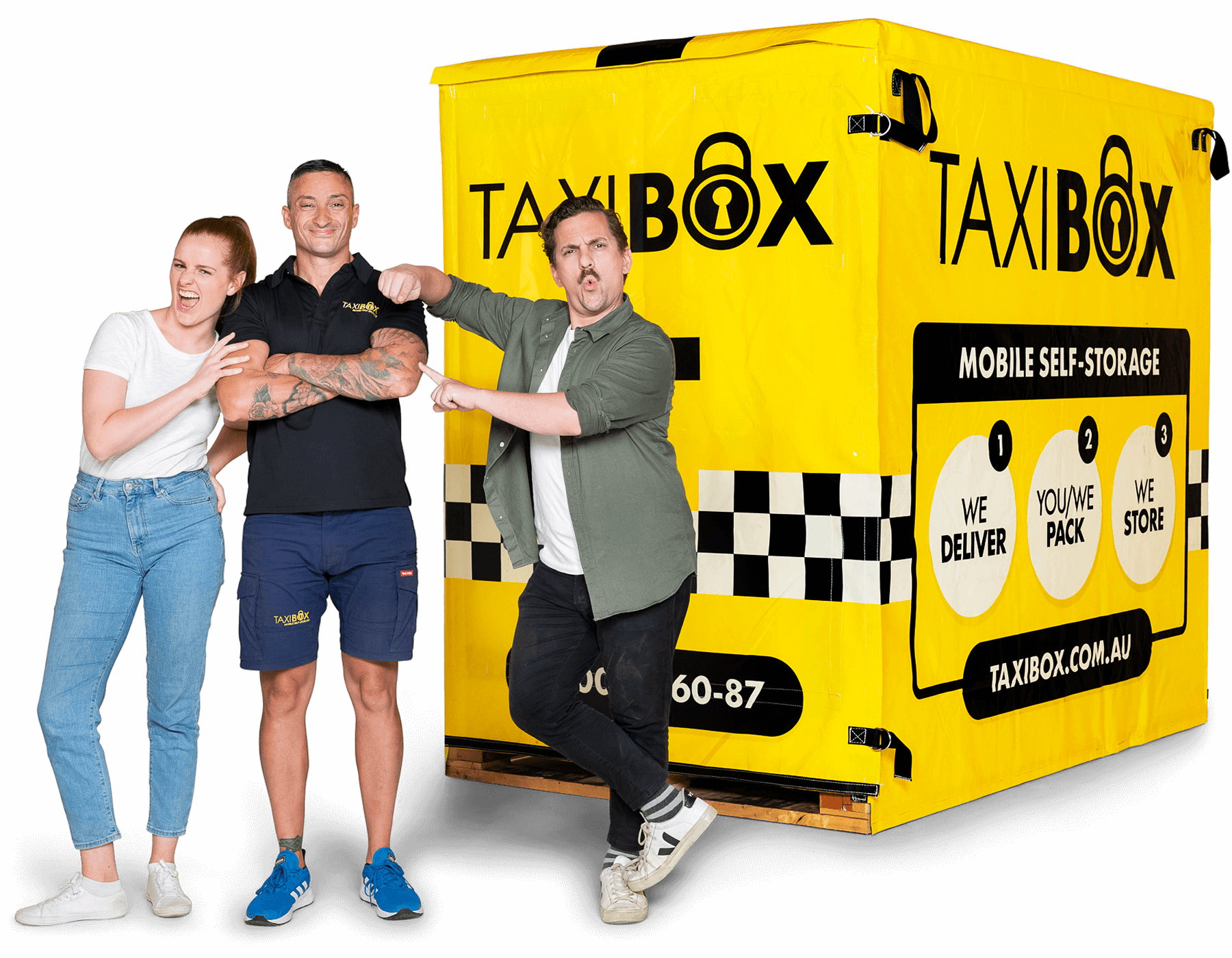 Trusted by people with stuff everywhere

Excellent customer service from taxi box. Constant keeping in touch and letting you know what the....

Excellent customer service from taxi box. Constant keeping in touch and letting you know what the next step was how much it would cost and when it would happen. Very happy with this company and would recommend : )

The delivery drivers have been great, lovely people. Admin on the other hand a bit disappointing. ....

The delivery drivers have been great, lovely people. Admin on the other hand a bit disappointing. I have had this box for 5 months and had extended it twice. First time I emailed asking for extension and without a phone call, email or any response to confirm I could extend they just took it upon themselves to debit my credit card which failed. Only THEN did I get an email to tell me they can’t extend the box with out payment first. How about responding to my email to confirm first before taking payment from a card without my permission and to give me a chance to authorise. Then after all that no body thought to tell the driver I had extended the hire and he came to collect the box. Second time I extended I was told that because my end date was a Sunday that they would have to pick it up on the Saturday the day before, so instead of giving me the extra day after 5 months of rental they took a day away. I got a message on the Friday saying they would be here between 9am and 11am Saturday morning but get a message from the driver at 8:30am saying he was 4 minutes away which was inconvenient at such short notice. So despite the concept of the storage and the staff being nice their system is flawed in this way. More communication is needed. They prob don’t even realise that I never even signed their contract they sent me.

Taxibox is a great concept and the Customer service throughout has been fantastic. I used it to....

Taxibox is a great concept and the Customer service throughout has been fantastic. I used it to store furniture etc during renovations and it was so handy having it on-site.